And just as Steve loved ideas, and loved making stuff, he treated the process of creativity with a rare and a wonderful reverence. You see, I think he better than anyone understood that while ideas ultimately can be so powerful, they begin as fragile, barely formed thoughts, so easily missed, so easily compromised, so easily just squished."

There's no room for cynicism in a creative team.

Shooting down ideas can't happen at the start of a creative process.

There are also people who figure out a way it can be done. Usually both those sets of people are correct. The cynics move onto a different idea, the rest let the idea run.

Every significant invention has looked impossible up until the moment it's made possible.

It's fine to have cynics on the outside. In fact, there's often nothing better to spur you on than to have cynical competitors, or customers telling you "it can never be done!" from the outside.

But on your team – the people coming together to put new things into the world – you have to aggressively reject cynicism. It's a poison that will destroy the creativity of your team. And a team without creativity is a team headed for failure.

Apologies – all I had was a Moleskine and an iPhone. And a pen, of course. 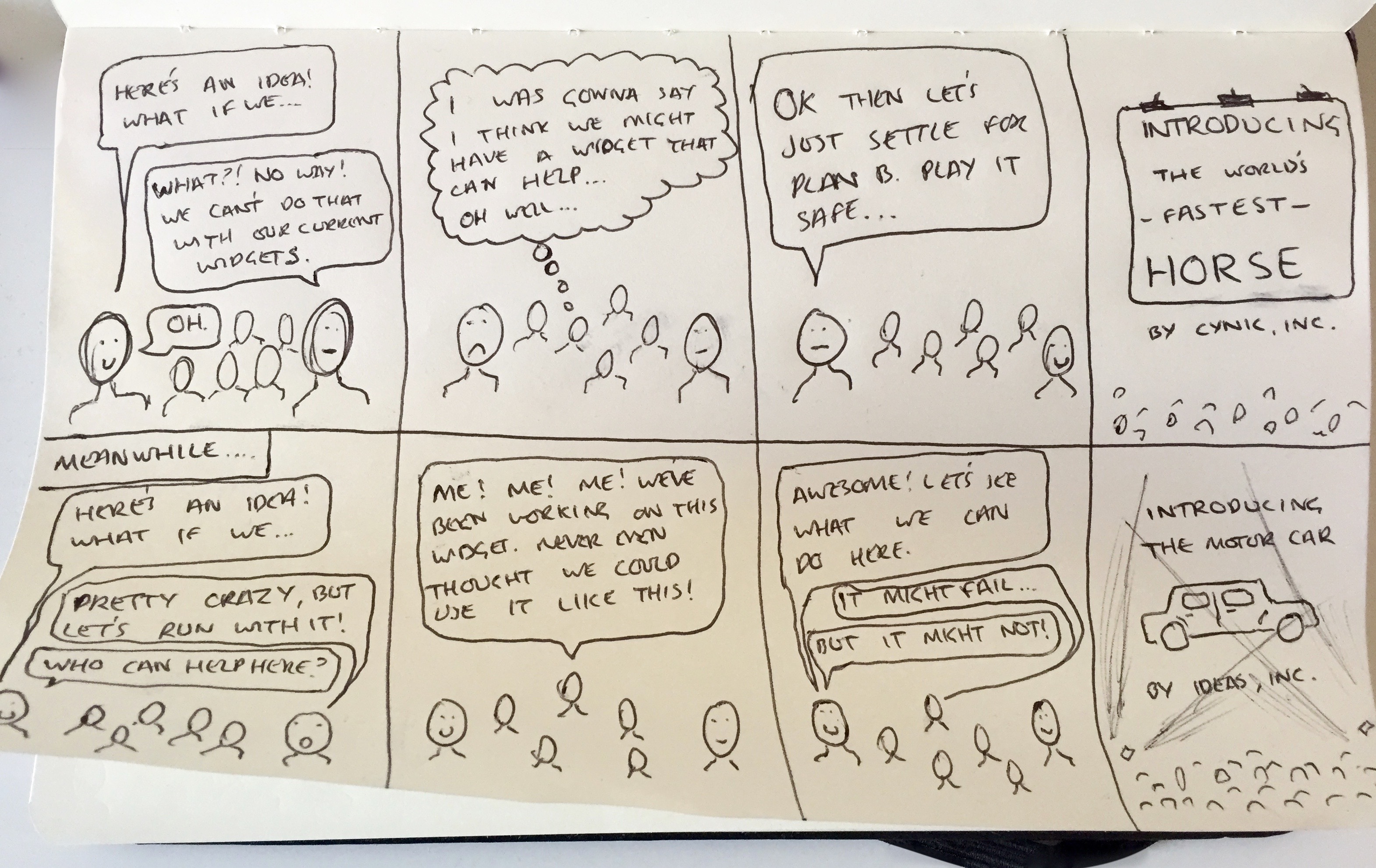 The key goal for us is to ensure everyone on the team, no matter who they are or what position they're in, feels free to share their ideas with everyone.

No one should ever ever feel worse off for having shared their idea with the team.

It might sound obvious, but it's incredible how many teams unintentionally punish the creators of ideas with the feedback that is given to them. It's far too easy to spot the issues, the problems, the reasons why it can't be done. The reasons why it'll be impossible with the current team, technology, budget or resources.

A few steps we're taking to ensure no one ever regrets sharing an idea with the team:

Don't let creativity lose to cynicism. Fight for it. Start with yes. Hear people out. Don't be short sighted. Don't let ideas get squished. Defend creativity and fight for open idea sharing in your team, or else prepare to fail. There's plenty of time to figure out what's impossible later.

I don't have time

Have a look at your phone. How many of the apps on your home screen are primarily for consuming…

It's a subtle difference, but "reporting" and "measuring" mean quite different things to me. It…