I've spent about a week with iPhone X now.

While I doubt the world needs another review of Apple's latest device, every time people see it they have questions, so here's a few thoughts I've been keen to jot down.

When you work in the software world, it's easy to get so caught up in the latest gadgets, innovations, and ideas that you forget most people in the world don't live and breath tech every day.

Last weekend, I popped home to Kent to celebrate bonfire night, let off fireworks, burn an effigy of Harvey Weinstein, and talk iPhone X with my extended family.

A conversation with my uncle

So, how’s this one different to your old iPhone?

Well. It’s got no home button. It’s just all screen.

Yeah! So you used to use your fingerprint to unlock (like an animal) – you now use your face.

So does it actually work?

Yeah! It really does! Look let me show you!

Oh cool, so is that the difference then?

Well, no, that’s not all, you can now use the tech behind Face ID for loads of other cool camera stuff – like… erm… well it’s got Animoji.

So this is what we've done with the world's most advanced technology? Talking poop?

To a lot of people, iPhone X is simply "this year's iPhone".

Thank God for that – most people are far more grounded and sensible with their time than me.

My last iPhone was an iPhone 6 – I was thrilled to get this device back in 2014. That iPhone introduced one of the biggest changes to the lineup – a highly anticipated larger device with a larger screen.

But in the three years since then, Apple's "lack of innovation" has seen a swathe of incremental improvements compounding to make switching from iPhone 6 to iPhone X a huge step up in experience.

Touch ID is an action. Face ID is invisible.

We talked a lot about "courage" last year when Apple removed the headphone jack launching iPhone 7. Arguably it took even more courage to remove Touch ID in favour of a totally new, unproven technology as the primary way to authenticate iPhone X.

On day one, I'll be honest – I had a few hiccups with Face ID. I didn't realise how often I unlock my phone when it's very low compared to my face. I wear glasses too – and when I first set it up, I didn't have them on.

After a few hours of mild frustration, I set Face ID up again, and since then I haven't looked back. Over the following two days I used my iPhone with and without glasses; I unlocked it while it was on my desk, in my hand, while lying in bed; I even went to a firework display with a scarf and woolly hat on. It's like I was trying to trick it, but it was still me, and it "Just Worked" almost every time.

Face ID genuinely feels magical to use for the first few days. But after the awe settles down, it just becomes invisible.

I can't wait for Face ID to get even better and even faster – the same way Touch ID evolved. There is no doubt in my mind that Face ID is coming to every device Apple makes with a display in the next few years.

So long, Touch ID, and thanks for getting us this far. 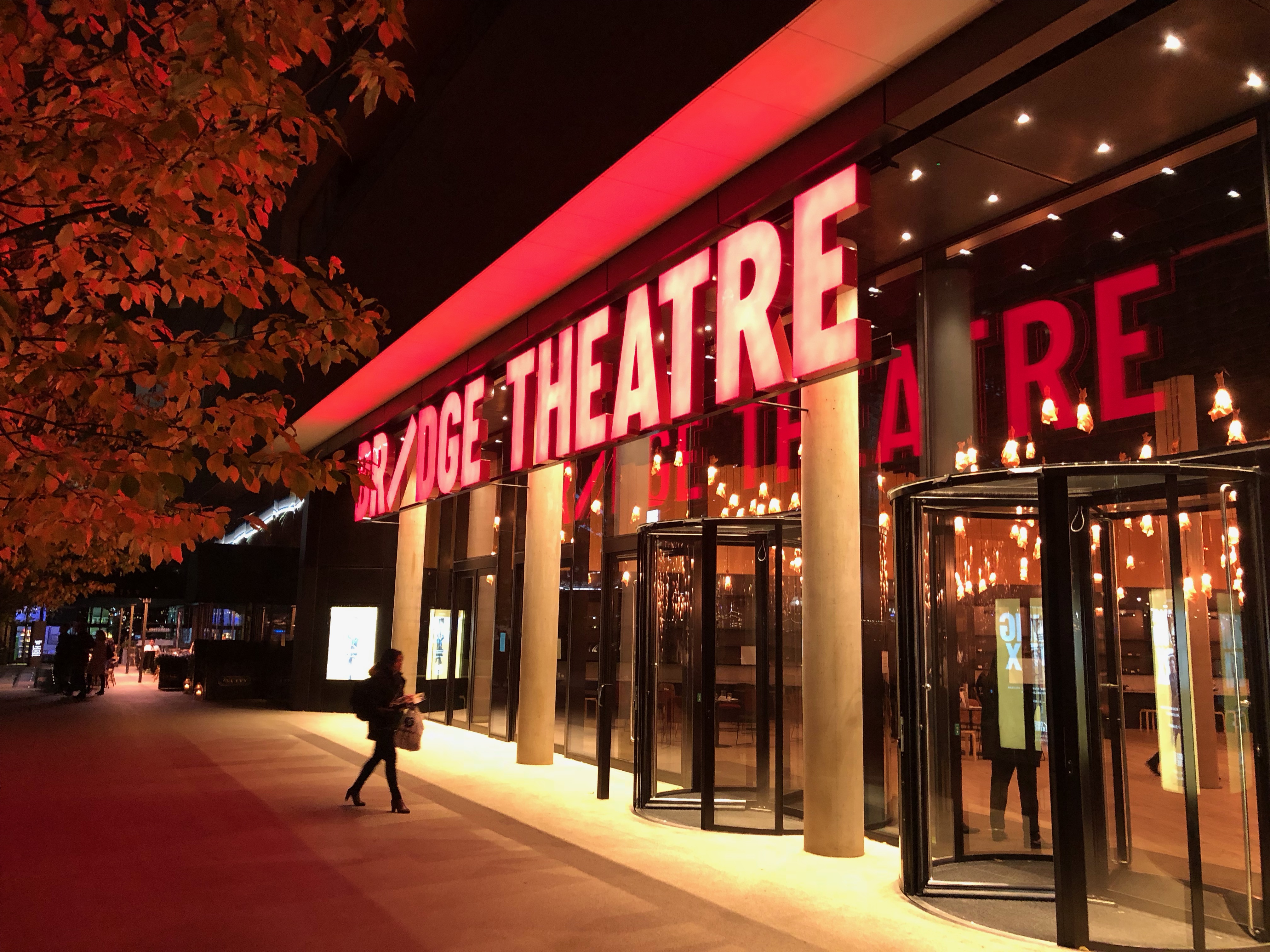 It’s hard to take a bad photo on iPhone X.

It's insanely fast to open the camera – you can now "force press" the camera icon on the lock screen, or you can swipe from the right to access the camera.

I'm not an expert on lenses, F stops, and ISO settings, but at a high level, the continuous evolution of camera technology in phones – especially iPhone – astounds me.

By combining incredible hardware and smart machine learning, some of the shots on iPhone X are comparable to SLR quality. It's still incredible to me that this level of quality can come from a device that is always on me.

Portrait Lighting is a heavily promoted "tentpole" feature of iPhone X. It's notably still in beta, and I can see why – there's been a number of photos I've taken for fun where people's hair or ears are chopped off with the most aggressive of lighting effects.

Overall though, I've tried Portrait Lighting mode on a number of non-human subjects including the family dog, Harvey, and inanimate objects like mugs of tea, and the photos look stunning.

I'm addicted to Live Photos in iPhone X. Another feature the iPhone 6 never had.

Many people I know snigger at the idea of Live Photos. "They're just videos!" or "Apple needed a way to make a different format to lock you in!".

But to me, Live Photos are not a gimmick. At their worst they're a little extra storage space being used for a quick snap. At their best, they pull on your heart strings – they take you back to a moment with family or friends that you would never otherwise experience.

My only wish with Live Photos is that I had them years ago.

iPhone 6 was the last flagship iPhone to not have 3D Touch and "Taptic" Engine. I had only briefly tried 3D Touch out on friend's devices and in stores, and it always felt like more of a gimmick than anything.

But after just a week, I'm blown away by the familiarity I have with 3D Touch, the "push / pop" gestures, and the tiny subtle pulses of vibration throughout iOS.

The way haptic feedback has been implemented in iOS is so subtle and so reassuring. It's one of those features (like many in iOS) that I doubt a single customer ever asked for, but to have it just makes the overall experience so pleasurable, and so delightful, that to take it away suddenly makes using iPhone feel dull.

This display is incredible. I can't say I was offended by the display on iPhone 6. I don't think I've ever been frustrated with the quality of display in any iPhone I've ever had – even back to the original – the display has always seemed beautiful until you see the new state-of-the-art.

Between phones, though, I've never noticed such a jump in quality since going from standard to Retina displays. OLED is not quite as dramatic as going from "visible pixellation" to "as good as your eyes can see", but it's pretty close.

Obviously for any black backgrounds, the display is a delight. The first thing I did was set my Home Screen wallpaper to solid black, and the icons just "pop" off the screen.

As Jony Ive has described the Apple Watch in the past - it becomes imperceptible where the bezel ends and the display begins.

In addition to the incredible reproduction of black on this display, it's now "@3x". Calculating the number of pixels being rendered actually makes my head hurt, but it's now even better resolution than what we've all come to appreciate as Retina, to the point where Apple calls it "Super Retina".

The notch is one of the first things people ask me about when they see iPhone X. I could have kicked off this review focused on it. But that would completely exaggerate the significance of it.

In reality, the notch (or "Sensor Housing" in Apple parlance) totally fades into the background in real-world usage.

The only time I ever notice the notch is when transitioning to an app with a bright white title bar, having been in a dark screen previously. It's not annoying, but as the app zooms back to take up the full screen, it's just a little reminder that the notch is there – it sort of feels like it's sliding back into the frame, despite having always been there.

I also feel Apple's decision to embrace the notch in most apps and interfaces is the right one. There is a sense of symmetry that all four rounded corners of the device can have content flowing right up to the edges. This would be broken if the notch was hidden with a black background on the ears.

I find myself using the side button more than ever – it's now the way you invoke Apple Pay and other features that previously relied on the home button.

Taking a screenshot used to involve pressing the Home button and volume up button at the same time, but without a home button, on iPhone X you need to use the side button. Because the button is directly opposite the volume buttons, and you're often using it in a rush, I find myself screen-shotting my lock screen a heck of a lot.

In the scheme of things it's a minor issue and I'm sure something Apple will solve in a future software update.

I haven't tried wireless charging yet. I'm not convinced I need this in my life just yet – especially if it's slower than standard "plug a cable in" charging.

One key takeaway from my trip to see my family though – almost unanimously, they thought I needed a new charger to charge this iPhone. They had seen the ads, and hear about wireless charging, and assumed you could no longer use Lightning to charge the device. You could hear the undertones of "Apple's forcing you to buy new chargers again – classic Apple move".

I explained this wasn't the case, but it was an interesting insight in two ways – perhaps Apple's ads are not clear enough that wireless charging is optional, and also, there's a not-insignificant number of people who wonder if Apple will ever ditch Lightning in favour of USB C on iPhone. For so many people, they've only just recovered from moving away from the Dock connector. I can't see Apple ditching Lightning any time soon.

In summary, I am delighted with iPhone X. It's the device that I use the most in my life. I use my iPhone more than my laptop, TV, watch, or any other gadget I own. And so far, using iPhone X has been a joy.

Should you get an iPhone X? Having said all this, and if you're asking that question, I'd err on the side of no. Not yet.

iPhone 8 (confusingly also released at the same time as iPhone X) packs almost all the power and amazing features of iPhone X, but maintains the familiarity of previous iPhones with home buttons and Touch ID. For the price difference, and for most people, I would say: be sensible, be logical, and wait.

On one final note, I am yet to meet a single person who has not called this "iPhone Ex".

Jump in at the deep end

I was in central London doing some last minute shopping today, and I debated getting the Tube back with…

I never took a day off in my twenties. Not one. – Bill Gates It's easy as a founder to…