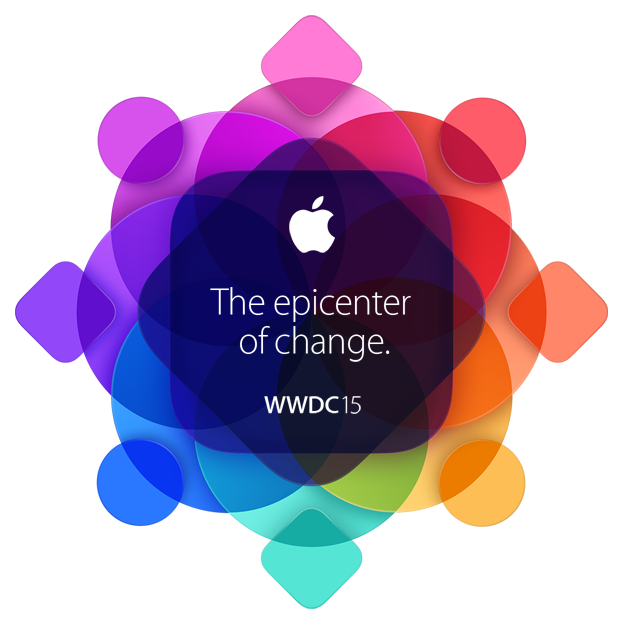 Last year, I was blown away by WWDC. The number of announcements, the significance of the announcements, and the speed at which they flew through 2 hours of keynote were simply staggering.

Between Steve's passing and the WWDC keynote of 2014, it felt like Apple's announcements were in a wilderness period – the difficult transition from a company led by Steve to an all new management structure. WWDC 2014 showed the world – the developer community in particular – that Apple was back.

2015's WWDC kicked off with a very un-Apple-esque, but amusing video involving a cast of over a hundred people, including actual actors, gearing up for a big rehearsal for the day itself. Once the fanfare of the video had reached its peak, it transitioned smoothly into the typically minimal keynote stage, ready for Tim to do his thing.

El Capitan. I have every confidence the pronunciation of this name will come easier than Yosemite. Switching to San Francisco as the system font across all platforms feels like a solid choice that unifies all of Apple's devices both in hardware and software, yet it didn't get the focus it deserved during the keynote. The typography of the OS is not a small detail in my opinion, but perhaps that's just the design geek in me shouting out.

I don't understand why Apple is so determined to tie Safari's progress to the annual release cycle of the OS. Chrome is developing at a staggering pace continuously throughout the year, while Safari makes one giant leap every year. The new Safari looks great, but I wish it would continue to develop in the weeks and months after it launches, and keep pace with Chrome as we move into 2016.

Split View looks neat. I am not sure how anyone can look at that with a straight face and say it's not copied from Microsoft, but it's a great feature that needed to make its way to the Mac.

The cursor callout is perhaps the best feature to have ever been invented in the history of computing. Anyone with an iMac or external display, or anyone who uses multiple displays, will benefit from this every single day. This is such a seemingly obvious, but great feature that no one else thought of. It's Apple at its best.

Everyone loves Craig. He is perhaps the best keynote presenter Apple currently has. He knows how to make the crowd laugh, and he comes across natural. It felt like this years' performance was less slick and polished than last years – there were more minor slip-ups, and more jokes that ran on for longer than the laughs of the audience. Perhaps less time was spent in rehearsals this year? Perhaps the schedule was shuffled around at relatively late notice? Craig's performance was still great, it just didn't quite match last years'.

It seems iOS 9 is more focused on stability and refinement than ever. Perhaps the right call considering the vocal criticism from the developer community of Apple's countless bugs. The number of new user-facing features in iOS is small, but let's take a look at the highlights.

Proactive Assistant looks great. It certainly demos well, but will it be smart enough to do the job you need it to in real life? Apple has never been strong in this field, but it seems they're getting better year-over-year, trailing behind Google.

With almost all of the cloud-related announcements at WWDC, of which there were many, Apple underlined their commitment to privacy and security. It certainly helped not having iCloud-photo-gate in the press in the weeks running up to this WWDC, unlike last year. Apple's focus on privacy and security, though, is encouraging them to employ a strategy where they keep more data and intelligence on the device, while saving the cloud for mere backups and sync. The power in all of Google's most intelligent and game-changing new features come from amassing insane amounts of data across their entire user base. Yes Google sells ads off this data, but it also enables them to build sci-fi-level intelligent software for users. Are Apple backing themselves into a corner with their strategy? Is there a limit to how smart Apple's software can get if it remains device centric? Do Apple really believe their strategy is leading to the best product for the end user? Where is the line that Apple draws between user-privacy and user-experience?

Very excited to see Apple Pay coming to the UK in July. For someone who doesn't even have a contactless bank card yet, this is going to feel like a giant leap in the way I spend money with even less attachment to the physical form it once took. Using your Apple Watch on London Transport was a logical next step, and something I longed for before the Watch was ever unveiled. I think London Transport deserve most of the credit here, though – the work they have done to move commuters from paper tickets to Oyster payment cards, to contactless bank cards has been mind blowing. Being a Londoner, it makes me proud to see us leading the world here.

Transit directions in Apple Maps are a clear Citymapper competitor. Will it work as well? Will it have the hilarious release notes on every update? No. Most notable part of this announcement to me – launching in a handful of US and European cities… and 300 more in China. China. Is. Big.

The Apple News demo – essentially a Flipboard competitor – was clear and well explained. The product itself though doesn't appear to bring anything ground breaking to the table. It certainly seems to serve Apple's needs of a news hub on iOS more than it serves the needs of end users who have endless choice of existing apps that solve the some problem. Biggest news from the Apple News announcement, though – it contained an acknowledgement of Daring Fireball. Daring Fireball! Perhaps the surest sign yet that this is a very different Apple.

Multitasking on iPad looks great. It feels like hardware limitations are leading to an awkward need to differentiate between the different multi-tasking modes, bit needs must. “Slide Over” and “Split View” are supposedly different but similar concepts, yet the latter only works on the latest iPad Air 2.

Kevin Lynch has become dramatically more natural as a speaker compared to his first onstage appearance when the Watch was first unveiled. Watch OS 2 is a lovely step forward for a platform that is still so young. It feels like Apple is still hoping for some killer examples of Watch apps to really highlight the potential of the device. It's not hard to see how native apps and the freedom this gives to developers will take the platform to entirely new places.

Apple Music. Is Apple Music good enough to convince the millions of Spotify users in the UK and around the world to switch services? How big of a deal is Beats 1 with Zane Lowe? Will BBC Radio 1 cease to be the taste maker in music?

It feels like Apple has put their all into Apple Music, and the curation aspect, combined with an epic catalog of music, and the unique and impossible-to-copy radio station certainly put Apple in an extremely strong and promising position. But is it enough to reverse the tide that has worked against Apple since the day Spotify launched?

All I know is I want an oversized vintage Apple jacket.

As a founder you wear a lot of hats. Sometimes the jobs you have to do are not always…